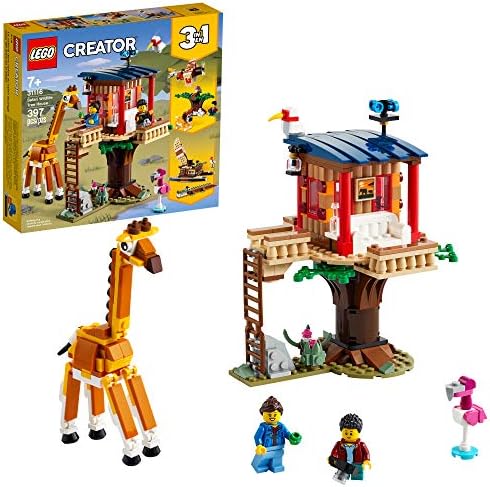 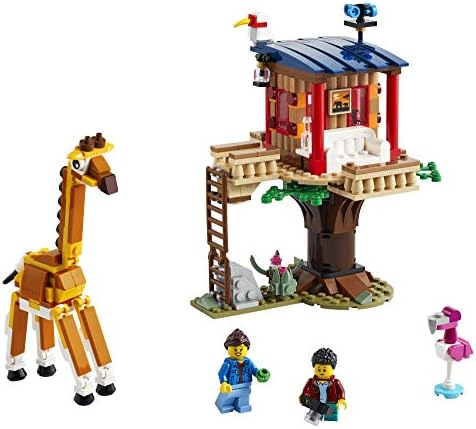 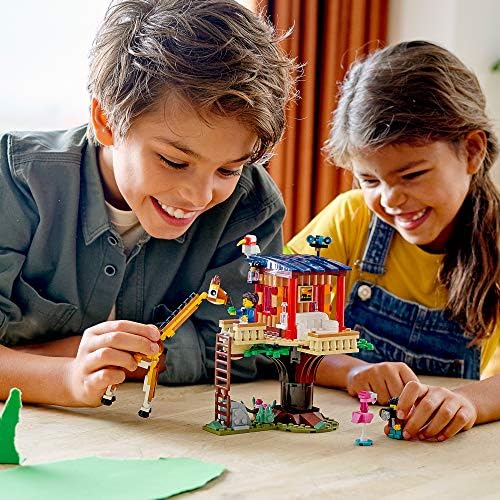 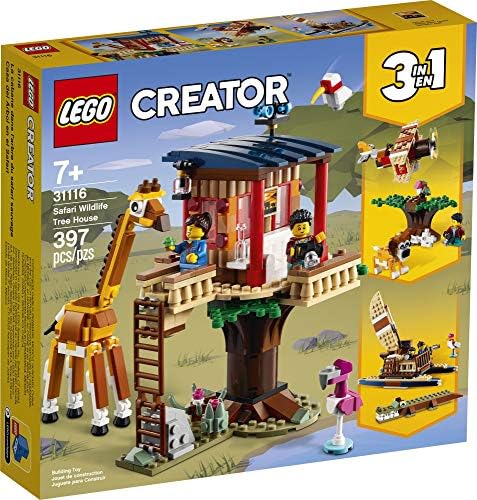 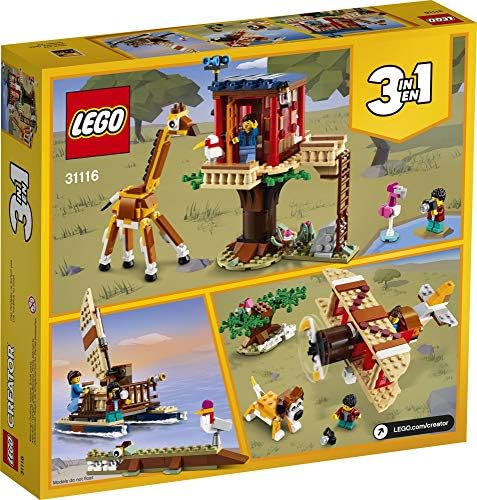 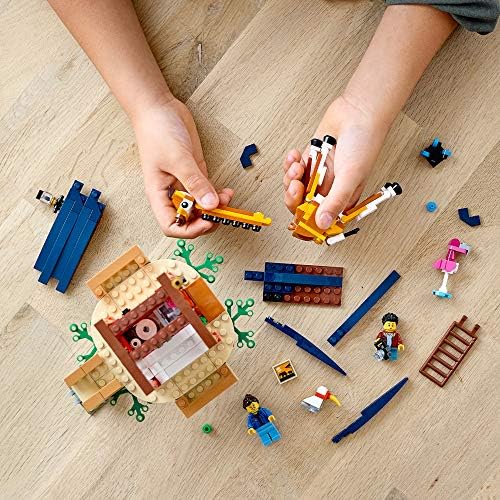 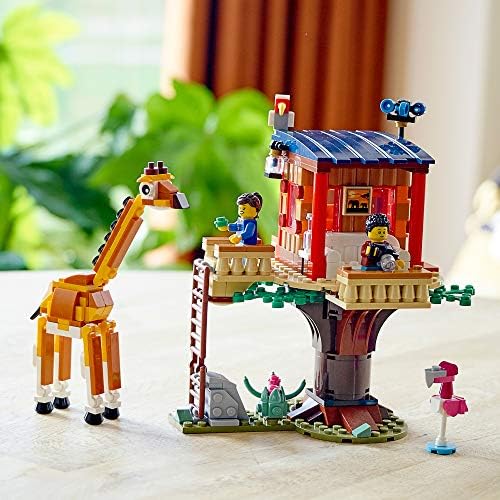 Kids can role-play with LEGO Creator 3in1 Safari Wildlife Tree House an exciting safari on the African savanna with this fantastic LEGO Creator 3in1 Safari Wildlife Tree House (31116). The building set is packed with everything they need: A treehouse toy featuring a balcony and ladder and an interior with a toilet and sink, 2 Minifigures, and 3 brick-built animals – a giraffe toy, flamingo toy, and hornbill toy. Kids will be thrilled to build 3 different, fun-filled models with this LEGO Creator 3in1 set. They can construct the Safari Wildlife Tree House, rebuild it into a biplane with a lion, turn it into a catamaran with a crocodile, or use the bricks to create something new. LEGO Creator 3in1 sets let kids explore their imaginations with 3 models to build in every box! The play options never end as each model can be rebuilt into something brand new as often as kids choose. Pick from an amazing range of 3in1 sets, including cars, motorbikes, and robots.

The LEGO Creator 3in1 Safari Wildlife Tree House (31116) building set will grip kids’ imaginations with 3 models in 1: a treehouse toy, plane toy, and boat toy
This LEGO set includes boy and girl Minifigures with a camera accessory to add even more fun to kids’ safari adventures
The treehouse toy features a balcony with a couch and ladder, an interior with a toilet and sink, plus 3 brick-built animals: a posable giraffe toy, flamingo toy, and hornbill toy
The biplane toy has a cockpit for a Minifigure, plus a lion, a tree, and an African lovebird, while the catamaran toy comes with an adjustable sail, a crocodile toy, and a marabou stork toy
The 397-piece LEGO Creator 3in1 toy set offers a fun build to little animal fans aged 7 and up and is a great birthday or holiday gift guaranteed to make them happy